On March 15, 2018, a cross-border interregional project on raising environmental awareness and effectiveness of integrated management of transboundary water resources of the Dnipro River in Chernihiv and Gomel regions was held at the Pure Politics Press Center.
During the event, the organizers said:

• How will the project be carried out in the area of ​​integrated management of transboundary water resources;

• what benefits will the residents of the transboundary regions have from the implementation of the project;

• How to raise awareness among citizens about environmental protection and understanding the need for water conservation.

The event was initiated by Anatoliy Pristup, Head of the Department of Information, Measurement Technologies, Metrology and Physics of Chernihiv National Technological University, who noted that this project is being implemented within the framework of the program of territorial cooperation of the countries of the Eastern European Partnership, has funding from the EU and the organizations of the project participants, this program is a complex, multi-vector and is aimed at increasing the efficiency of the monitoring system of the hydrological, meteorological, and environmental parameters of the Dnipro River, because it is a pit ting very relevant today, since the current monitoring system was investigated parameters and methods for measuring and monitoring are outdated and are performed manually in emergency prevents their efficiency.

“Therefore, within the framework of the project it is planned to build two modern automated systems, which will include a number of sensors that will control a lot of different parameters – water level, speed and direction of wind, temperature, relative humidity, atmospheric pressure, parameters of the ecological composition of water and radiation background, – said Mr. Anatoliy – these stations are supposed to be completely autonomous on the basis of photovoltaic converters, which will make the project energy independent, and for the transfer of information will be for the wireless communication network is matched, that is, the signals from the sensors will be received and stored in a special database, which will have access to the country and organizations involved in the control and management of water resources, will also be created web-applications, which will have access to any users, that is, the population of transboundary territories, will be able to have operational information about the level of water in the Dnieper. ”

In addition, at the expense of this project (the implementation period of which is 16 months), optimization of interaction between the relevant special organizations (Ukrainian and Belorussian) during emergency situations and elimination of their consequences will take place, and a number of information activities will be conducted among the population.
Ukraine and Belarus have a common border of 600 km long, most of which passes through the water, which necessitates the cross-border cooperation, one of which is according to the new project of establishing a hydrological post in the village of Lyubech, because it is there that the left bank of the Ukrainian border is very intensively eroded there (i.e., the river intensively takes the territory of Ukraine), – reported the deputy chief of the Desnyansky Basin Department of Water Resources Vadim Potapenko, – now there is built coastal protection with a length of about 1 km, where a new hydrological station will be installed that will measure not only the level but also the quality of water that comes to us from abroad.

The head of the NGO “Chernihiv Center for Human Rights” Oleksandr Podgorny drew attention to the fact that today public organizations (NGO “Chernihiv Center for Human Rights” and NGO “Dobrochyn” Center) are involved in the project, whose duties will be in cooperation with the local population – holding a flash -mobs, trainings, seminars, roundtables, media outreach, aimed at raising citizenship and tolerance of the community (both Ukrainians and Belarusians), their ecological conscience and responsible attitude to water resources.

The preparation and idea of ​​the project was started 2 years ago, because it consists not only in the establishment of hydrological posts, but also in changing the consciousness of the community, which should become more responsible and knowledgeable ecologically, for which different methods have been developed for specific target groups of people, noted the head of the GO Dobrochin Center Natalia Drozd – this project is pilot and demonstrative and in case of its success the experience can be applied to other rivers and territories of Ukraine, it is also planned to conduct a population survey both before and after the implementation of the project, so that Understand its real effectiveness.

“The course of the project will be continuous information, and since it was announced on the eve of the World Water Day, I would like to remind people once again about the importance of preserving the quality of water and caring for future generations,” concluded Ms. Natalia. 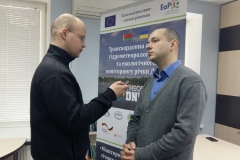 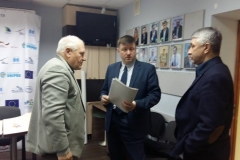 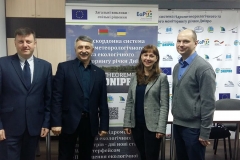 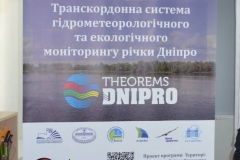 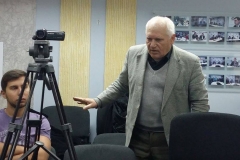 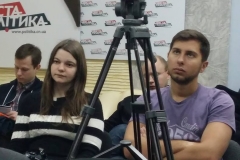 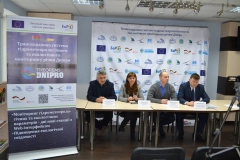 Presentation of the THEOREMS-Dnipro project in Chernihiv